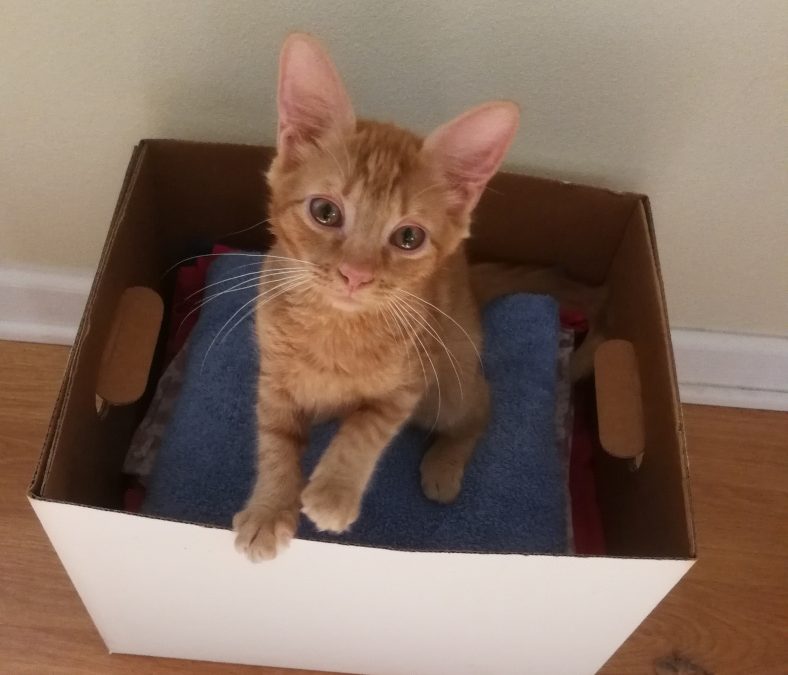 Kittens become cats on May 1st! 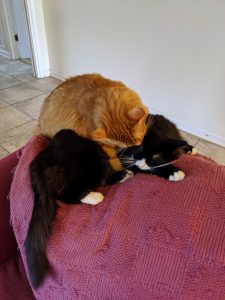 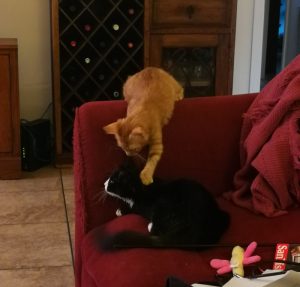 We gotcha-ed the #YatCats, Nala and Arwen, on 26-August-2019. On their first visit to Metairie Small Animal Hospital’s clinic on W. Esplanade (our vets of 30+ years now), we told them the kittens were four months old. So, they backed that up to 26-April-2019. Mrs. YatPundit decided 1-May would be easier to remember in the future, so we designated May 1st as their birthday! 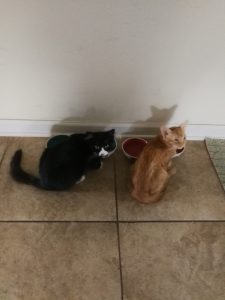 To me, birthday is a guesstimate. Still, since this first one is when they transmorgify, kittens become cats, We’ll recognize it. Gotcha Day is more concrete. We went on Saturday, 24-August, and found them. They got fixed on the morning of 26-August and came home that afternoon. They slept well that first night, post-op and new surroundings wore them out. Their food dishes and the litter box sat in the den for a couple of days. They moved into the garage when we were confident they could get through the flap in the garage door. The people who built our house had a dog, then we got a dog and cat (Pippin and Brandy). Then came Amber, now the #YatCats. They navigated the dog door just fine. 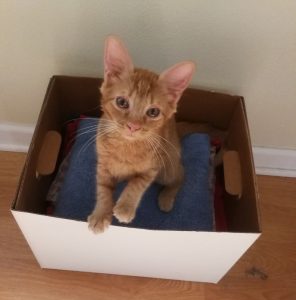 The ginger kitty put on so much weight in a year! She was tiny when she came home. Now? She’s a chonk. She keeps up, though, wrestling her buddy, running around, and generally being a kitteh. That Office Depot box was Amber’s bed in our bedroom. She made regular use of it. 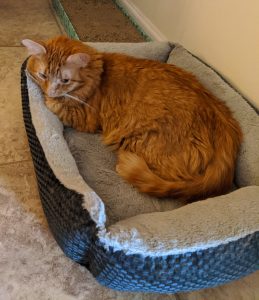 And here’s the chonk now. She’s wonderful. Mrs. YatPundit hopes going from kitten food to cat food will keep her from chonking out much more than she is now. 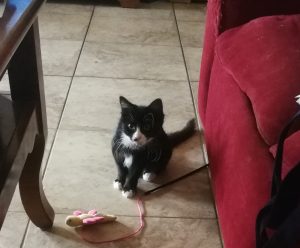 When I first spotted Nala, it was hard to tell what she looked like, because Arwen was asleep on top of her, at the Jefferson Parish Animal Shelter. My first impression of Arwen was, what a cute black cat. Then I picked her up and saw she was a tux kitteh. They were essentially roommates. So, the tux became part of the package. You 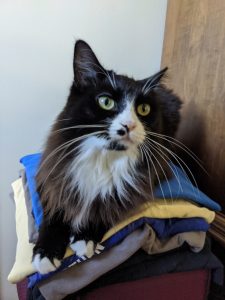 As she grew, Arwen demonstrated so many Maine Coon characteristics. Her mane grew out. Arwen’s “meow” is more a bird-chirp. She has an affinity for water (not surprising for m familiar, actually). The chirping meow is the most amusing to me.