I am all about diversity. 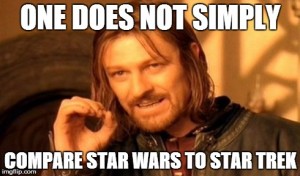 Disagreement and Diversity vs. hate speech

It’s important to recognize the difference between encouraging diversity in the public discourse while rejecting hate speech. I take great pride in the fact that my online friends are quite diverse, coming from multiple religious and ethnic backgrounds, many of which have little to nothing to do with New Orleans. There are numerous topics we can discuss that show this diversity:

All these and so many more are subjects that generate a wide and diverse range of opinions, making for wonderful discussions.

There was a time when the two political parties in the United States reflected the diversity of the country. In the last thirty-five years, however, the parties have split to the point where it’s a challenge to have a discussion about partisan politics without the participants shouting past each other. The biggest problem in this election cycle is the disconnect between people who identify as “conservative” and the incredibly hateful rhetoric their candidates put forth. Look at the current top four in the Republican field:

It’s one thing to say you support many of the traditional conservative positions that are part of the public discourse. It’s another to espouse one religion over others, advocate discrimination, and espouse outright hatred that incites violence. We’ve come to that point in our national political debate where one of the two political parties does these things. When you vote for Republicans at the state and local level, it enables the horrible things we see at the national level. That’s a discussion we can have as rational human beings.

Those who openly support internment of people for their religion, those who demand we all follow the specific tenets of their religious faith, and those who are OK with violence to further their political goals are unacceptable to me. Those who enable these various types of hate are unacceptable to me. If you show me that you hate, or enable hate, I’m done. That includes saying you “Like” Donald Trump on Facebook.