Starting a new project for this election cycle. I’m going to research and profile each of the Louisiana House and Senate districts for Jefferson Parish. Here’s the list:

This project has two objectives: Recruiting and Running.

Recruiting – You’re in the car line at, say, St. Louis King of France. You regularly run into a progressive mom while you’re waiting for the kids. Encouraging her is easy for you, but encouraging her for what? Here’s the information.

Running – Candidates need data. They familiarize themselves with the neighborhoods outside of their subdivision and church parish. We give them that data in these profiles, they take it from there.

Data for each district includes:

Suggestions for more? Ping me at @yatpundit on Da Twittah, or in Metairie Indivisible on FB. Lists grow into spreadsheets. Spreadsheets grow into databases. Data is evergreen. We improve upon it for the next cycle and the next.

Senate and School Board

After profiling the House districts comes the School Board. Running for School Board requires less political experience than the legislature, but there’s a catch. While in the past, school board elections were “entry level” contests, voters demand more now. Candidates must have a more-direct connection to the school system than just, well, I live in the district.

Beyond House, School Board, Senate

Many more politicians stand for election in Jefferson Parish this November. From the Parish Council to the 24th Judicial District, to the District Attorney, there are many races for us to examine. We should determine which races make sense to run in.

In addition to government positions, we choose the members of the Executive Committee of the party this November. We’ll examine these positions in detail as well.

I’d like to do this with other offices up in this cycle (November, 2019). That means I could use some help! If you’d like

1. I was critical of an aggregation of Twitter stuff that a friend put together and shared here on Facebook. I was rude in my comments.
2. While it was inappropriate for me to be obnoxious on another’s page, I still firmly believe that using twitter to blog is ridiculous.
3. Instead of composing a proper thesis and discussing it, the tweet-blaster gives us 140 characters at a time, like leaky faucet.
4. notice that these “thoughts” aren’t even 140 characters, because when you come to 130ish, you need to stop to move on to the next one.
5. the argument for doing this is, your audience is on twitter. I categorically reject this. It’s an excuse to be lazy, lowering the bar.
6. I wanted to say “it lowers the level of discourse” on that last “tweet”, but couldn’t. It ran the message over 140 characters.

7. So-called writers who take to twitter in this fashion rely on others to aggregate the blast into a coherent form. That’s unreliable.
8. A couple of weeks ago, I saw E.J. Dionne of the Washington Post re-tweet the FIFTEENTH part of some NYT gal’s tweet vomitus.
9. He said, basically, “here’s some stuff to read, go find this woman and read the rest of what she had to say. Assuming you can find her.
10. Have you noticed that, at the beginning of each of these “tweets”, I lose two characters in the hopes this “essay” stays organized?
11. This isn’t how thought leaders work. This isn’t an acceptable way to grow an audience. Thought leaders establish a premise, then they
12. (see what happens when you hit the 140-character wall in mid-sentence?) Now your next tweet looks feckin stupid, and you lose the reader
13. Thought leaders, like Jamelle Bouie of Slate, write essays that provoke thought and comment. Here’s his latest.
14. Bouie isn’t looking for a cheap appeal to someone with a minute and a half to glance at their phone. He wants to discuss an issue.
15. Reject tweet blasts. Don’t pander to the people who do them.

For some reason, Jetpack here on the site is pushing posts to G+ with very tight privacy. Working on that.

“Disneyfication” is the goal of “parade purists” 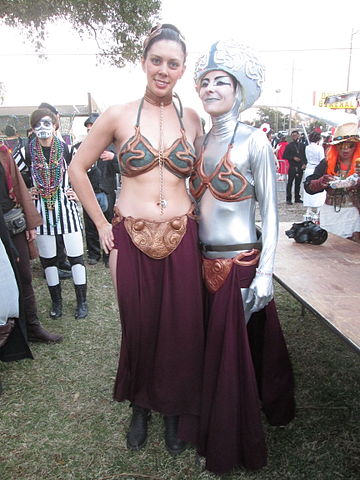 It might be a bit too cold out for “Slave Leias” at the Carrie Fisher Tribute parade. (Infrogmation photo)

“Disneyfication” is an accusation hurled regularly at the Mayor of New Orleans and the City Council. When government imposes rules on activities, gatherings, parades, etc., folks get upset. They feel government should stay out of street culture. This is an almost-weekly battle. Musicians, artists, performers, and just average citizens rail against rules. They believe hizzoner and the Council “sanitize” the Quarter with these rules. This sanitation, they argue, turns the Quarter into Disneyland’s “New Orleans Square”, rather than a living community.

Disneyfication is pushed by the community as well 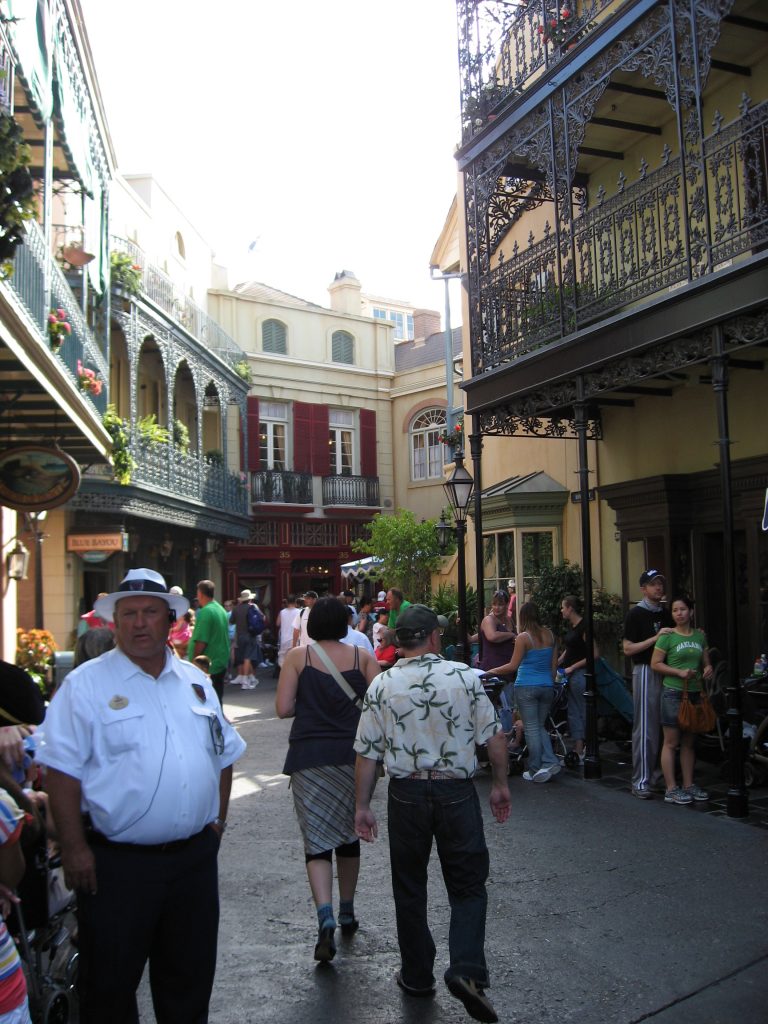 City Hall is not the only source of Disneyfication. Look at how Disneyland presents New Orleans. They created a point-in-time snapshot of the French Quarter. Now they maintain that snapshot. This is a deeper issue than scheduled parades, perfectly-clean streets, and no spontaneous/ad hoc cultural demonstrations.

So, the snapshot itself is the problem. New Orleans neighborhoods, are living communities. Residents change, businesses change, buildings evolve. Some of these changes are natural, others, such as demolition by neglect situations, are bad for the community. It is important that everyone’s thoughts and needs be considered when discussing the future of the neighborhood.

Disneyfication outside the Quarter

So, let’s stroll through Faubourg Marigny and into the Bywater. These areas also have historic protections in place. So, they are much less commercialized. They are still primarily residential. Therefore, the residents of these neighborhoods define the culture. They have a larger impact than the residents of the Quarter. We’ve seen an interesting expansion of our Carnival celebration in these neighborhoods. Over the years, ad hoc street parades evolved into full-blown events. These parades now require permits, cops, and serious organization.

Furthermore, Carnival parades happened all over the city. Over time, City Hall and the cops forced krewes into standard routes. The current neighborhood clubs bring Carnival back to parts of town that are outside the standards. Overall, this evolution is popular. It’s ignored by folks who have no interest in venturing into the Bywater.

New Orleans has a rich tradition of parades outside of Carnival season. The most common street parades are put on by the various Social Aid and Pleasure organizations in the African-American community. These clubs continue the “second line” tradition, expanding it beyond just funeral parades for jazz musicians.

While the “second line season” in the backatown neighborhoods continues strong, there’s been an expansion brass band parades. It’s much easier to obtain a permit for such a parade than it’s been in the past, so we see more “jazz funerals” and weddings in this style. These parades are usually short and conform to the traditions of brass band parades we’ve seen develop over decades.

This year, we’ll have two “tribute parades” in the second line style. As a result, there’s a huge howl from “purists”. These critics view non-traditional events as an affront to history and heritage. By their opposition, these advocates for conformity argue for “snapshots”. They want have a personal view of what a street parade should be. Deviations from that snapshot are viciously criticized on social media. These scolds insist that those who want to modify the style and purpose of a New Orleans street parade are abhorrent to the culture.

What the scolds don’t realize is that they’ve become what they hate. They are a downtown/backatown version of “sanitization”. They are as much part of the Disneyfication trend as the government.