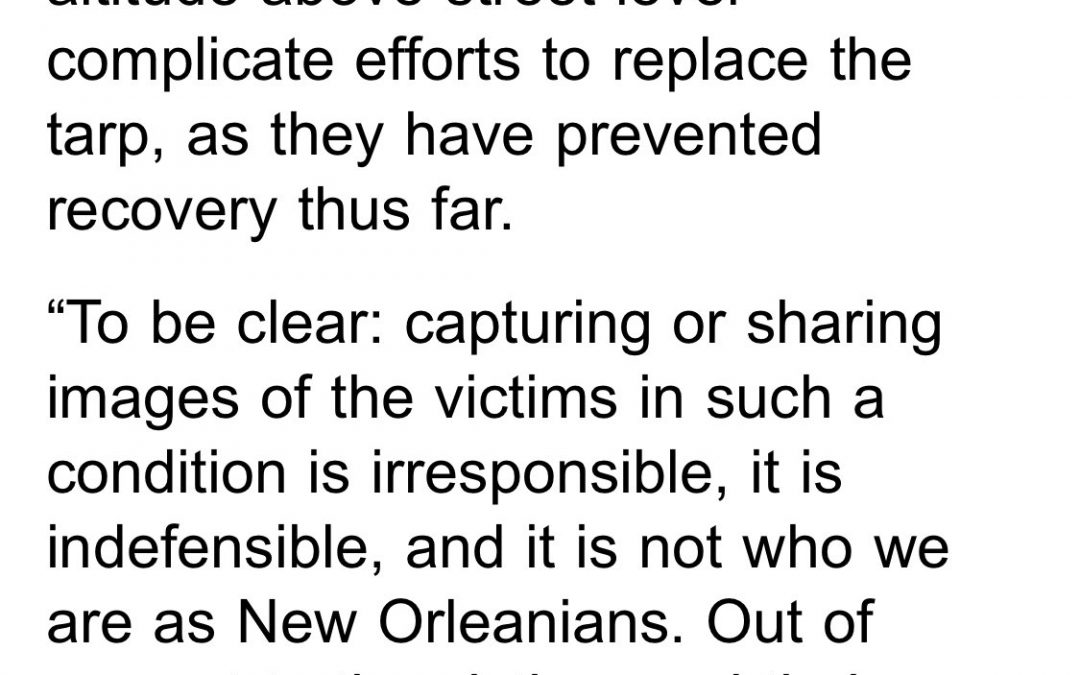 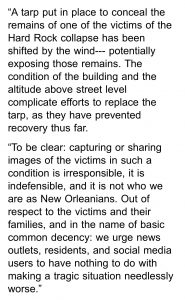 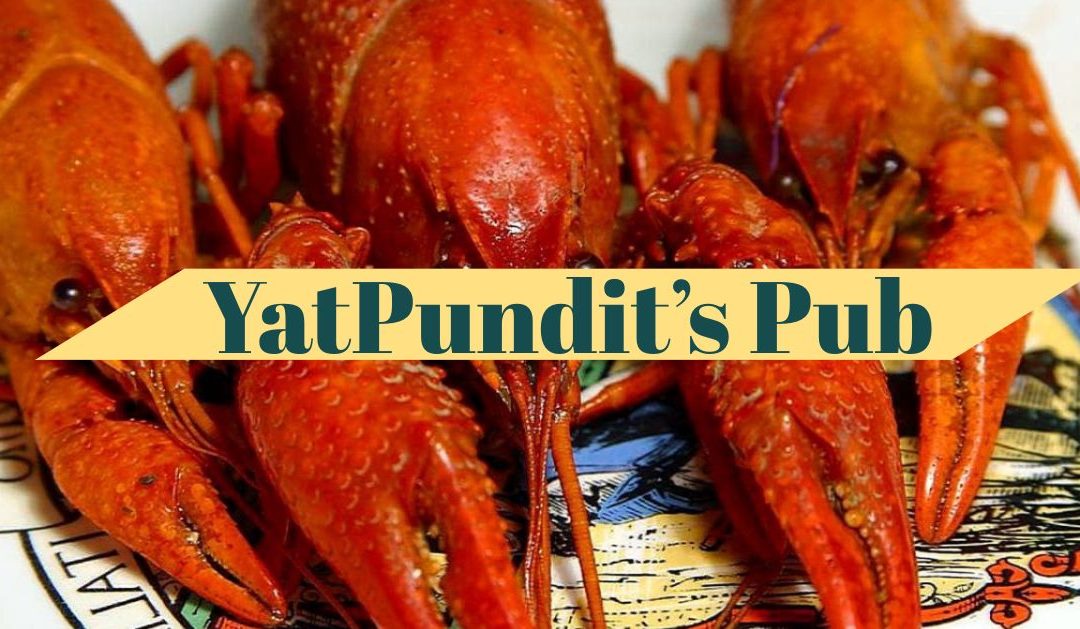 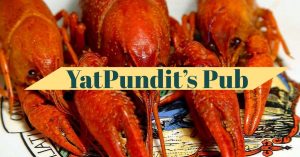 I’ve been “YatPundit” on the Internet since the 1990s. @YatPundit is my primary account on Da Twittah. When I joined the Book of Zucker, YatPundit became my political presence, as a “page” under my main account, which is my name. While this works for my writing, it didn’t work for interaction.

The original page concept wasn’t bad, but the d00ds went public and needed to provide a return to shareholders. That’s when they started extorting page owners. Post something on your page, and you got “notifications” suggesting you “boost” the post for a fee. Then came the notifications that sounded like a protection racket in New York. “That’s a nice page you got there. Pity nobody’s going to read your posts.” The d00ds limited the reach of page posts. Even if thousands of users “like” the page, it may only be visible to hundreds. Unless you “boost.”

Page owners pushed back. They asked their friends to set “get notifications” for the page. Page visibility increased. Still, it wasn’t a good situation.

The last US election cycle exposed Zuckerbook as a bad actor in the process. One of the steps taken by the d00ds to rehab the image was to shift focus from pages to groups. They clam to have tightened up pages, so Petrograd bot farms can’t just create them and spread misinformation. The effectiveness of this move remains to be seen.

To improve user interaction on the platform, “groups” now have a bigger role. The d00ds want users to stay on the platform as long as possible. With pages taking a back seat, groups offer users gathering places. Post visibility increased. Group owners set their own rules. While they’re not quite “safe” spaces, it’s an improvement.

YatPundit’s Pub – come on in

The Pub welcomes you! Be warned, the politics are left-leaning and the beer is strong. If you’re a Trump supporter, or you hate Mitch Landrieu, this probably isn’t a good place for you to be. Otherwise, speak up, lurk, do whatcha wanna.

The Times-Picayune Farewell begins. I have concerns. (cross-posted to NOLA History Guy)

The phone delivered a tweet with a story about The Advocate acquiring the Times-Picayune yesterday afternoon. I feel a sense of anxiety and urgency over this acquisition.

They’re firing the entire staff at TP/NOLA.com. This wasn’t a merger, it’s a purchase of intellectual property and physical assets. The humans that made NOLA.com what it is are on the street.

When Newhouse delivered their last big round of cutbacks at TP, I felt like something should/could be done to develop a platform in the market that offered a place for some of those laid-off writers to publish and get paid. Folks told me there was no way it would work. A discussion group on the subject failed miserably. Fortunately, Lamar developed the idea for TBB delivered big time in its first year.

TP employed a lot of talented people. Many of them know New Orleans is home, in spite of this setback.

The “digital era” of the Times-Picayune spans over twenty years. While Da Paper struggled, management and staff found a “digital voice.” Forays into video produced good, thoughtful discussion between writers such as Tim Morris and Jarvis Deberry. The bumps in the road were large, though. The first massacre at TP was when Newhouse fired all of the “digital” staff at NOLA.com. That staff operated separately from T-P. Unifying the dot-com with the newspaper offered the organization an opportunity to take charge. All this now shifts to history.

The stories of how NOLA.com grew, then shrunk, then merged with T-P connect with New Orleans’ larger stories in the early aughts and teens. T-P struggled like everyone else during Katrina. They rose above the #shitshow.

We must preserve these stories and memories.

I’m thinking this through, but we have to move quickly. People pack up and leave as soon as other opportunities present themselves.

Work with me to preserve the stories of the last twenty years.

Anti-abortion crazies are on the attack

The floodgates of accusations against Democrats in Virginia are related to the 2019 state elections. This November, both houses of the Virginia Legislature stand for election. The House of Delegates stands every two years, and the Senate every four. There is a very real possibility that Democrats can capture a majority in both houses. Since the governor is also a Democrat, the party can gain full control of both branches of government.

This is a big deal on two fronts. With the 2020 Census on the horizon, legislators elected this year will re-draw the state’s Congressional districts. Democrats can correct extreme gerrymandering if they gain control.

Democratic control of Virginia’s government mobilizes the crazy wing of the Republican Party. Anti-abortion activists follow a scorched-earth policy in their attempts to stop changes in restrictive abortion legislation. The disinformation attacks on are all-out and intense. This is where attacks on top Democratic elected officials originate.

I’m not sure what we can do for the men in charge now, but Democrats should be aware of the lengths these people will go to get their way. We need to push back against Republican activists as hard as we can.

In 2016, Bernie Sanders put forward a number of solid and thoughtful positions on many issues. It would be easy for the Sanders Cult to simply assert that these positions and policy proposals still apply, should Bern try again this cycle.

That’s not what his True Believers argue, though. Instead of making the case for Sanders, they make a case against Harris, O’Rourke, and even Warren. They lost their minds over last weekend, when the media toyed with the notion of Hillary Clinton running again.

Why not just push what works for Bern?

The biggest problem Sanders has is he’s not the default opposition to a popular front-runner. The bar is much higher this time. Multiple candidates push positions we heard from Bern in 2016. Elizabeth Warren made opposition to Wall Street a cornerstone of her kickoff. Her Iowa “retail” campaign will hit this hard. Harris and O’Rourke (assuming Beto’s in) will siphon off the student-loan constituency. Labor support will be fractured. In this environment, Bern’s just another voice.

What we’ve learned about Bern since 2016

When faced with a strong woman, it was easy for Bern surrogates to go full-misogynist. They’re trying it this year, with early attacks against Harris. They’re going to need more than that to move up past fourth or fifth in the polls, though.