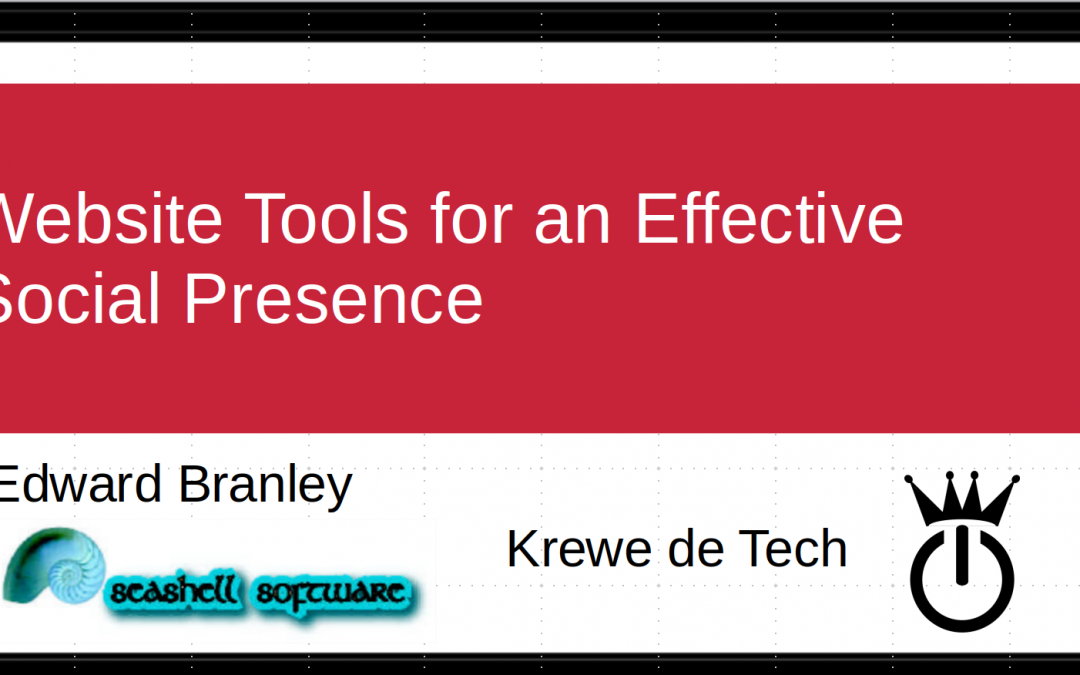 Talking Enterprise Storage and websites this week in the Tech Wednesday edition of YatPundit’s Pub 24-April-2019. Also an announcement: I’m looking for suggestions on who to interview on both the Pub and NOLA History Guy Podcast. If you’ve got an idea, let me know.

Hitachi Tuning Manager (abbreviated HTnM in the storage admin community) is one of the packages in the Hitachi Command Suite (HCS) group of utilities and administration software. Storage administrators use HCS to manage their Hitachi arrays. These arrays hold large numbers of hard disk drives, from eight to over a thousand. Admins allocate out the space on those drives to their users. So, if your department needs a Microsoft SharePoint server, the admin gives you the disk space to run it. Companies use these storage arrays to hold mission-critical data.

Administrators track the performance of their storage arrays constantly. HTnM collects that data, storing it so the admin team can run reports. The package also alerts admins when something could be a problem 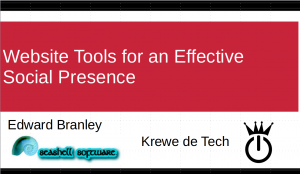 I presented a talk last night (Tuesday, 23-April) to the Krewe de Tech club. They meet at the Jefferson Parish East Bank Regional Library in Metairie. The subject was Content Management Systems. We discussed the pros and cons of using WordPress and Drupal. The quick take is, WordPress is best for ease-of-use, Drupal is better for tighter security and enterprise uses. 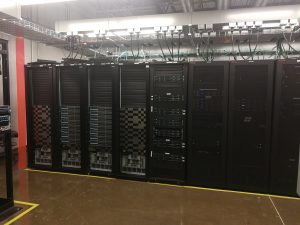 Enterprise Storage in a data center

Back in the “pre-World Wide Web” days, we used to have a small, informal group of programmers, sysadmins, BBS sysops, and other nerds who got together occasionally for pizza and beer. We hung out at Godfather’s Pizza, out on Veterans Blvd. The pizza was OK, and they had a big back area. We pushed a few tables together an talked tech. Occasionally, someone would present a topic. Most of the time, it was just beer and casual talk.

So, YatPundit’s Pub 17-April-2019 invokes the spirit of those gatherings! We’ll have a topic or three, some covering Enterprise Computing, some Personal Computing.

The term “the cloud” focuses on specific needs of businesses and individuals. While we do have definitions, It’s still confusing to some. We work in the Enterprise Cloud with more confidence in 2019 than a few years ago. It’s easy to go to “the cloud.” Companies exercise care what goes up there, though. Public cloud options work for some. Others require more security and reliability. It’s one thing to say, “our stuff lives on Amazon Web Services.” It’s another to maintain business continuity and compliance with regulators while doing so. Some enterprises opt for a “private cloud” as a compromise. Public or Private, either way, the data physically resides somewhere, on hard drives. So, the folks I teach make that happen.

Things change at the personal level. Individuals worry less about government compliance. We focus on maintaining backups. Folks want solid copies of their data from Microsoft Office and other personal tools. We want our photos, videos, recordings, and other stuff from their phones stored off the device. If the phone is stolen or ruined, the data lives elsewhere.

That’s not the full story. So, your data may be backed up away from your phone, but can you easily recover it? Things to think about and plan for. 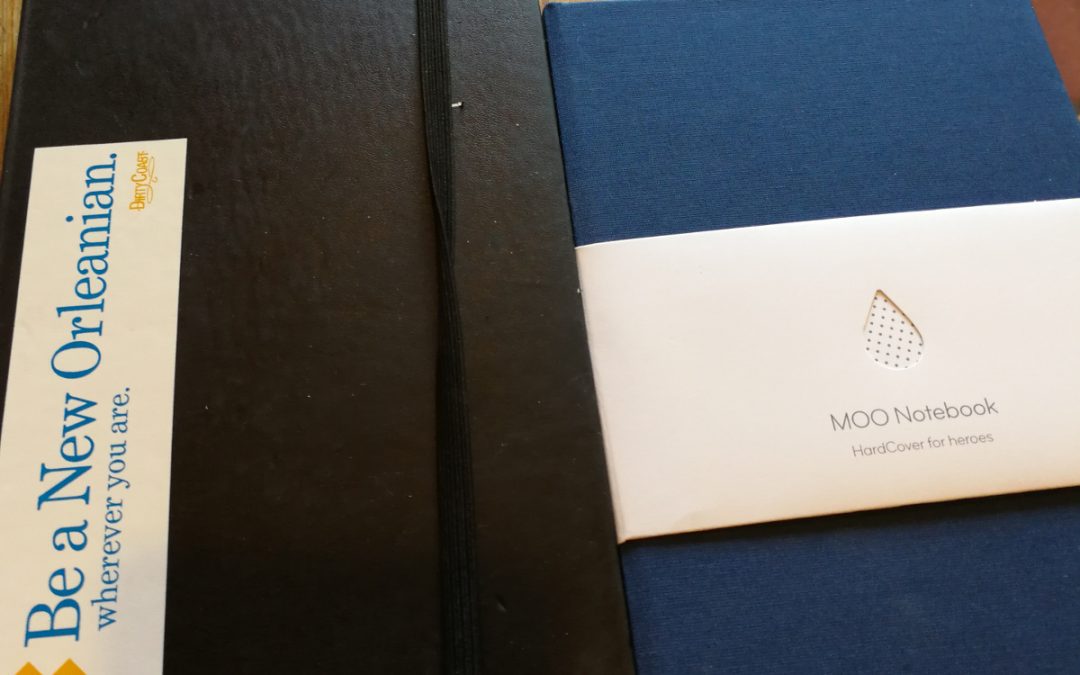 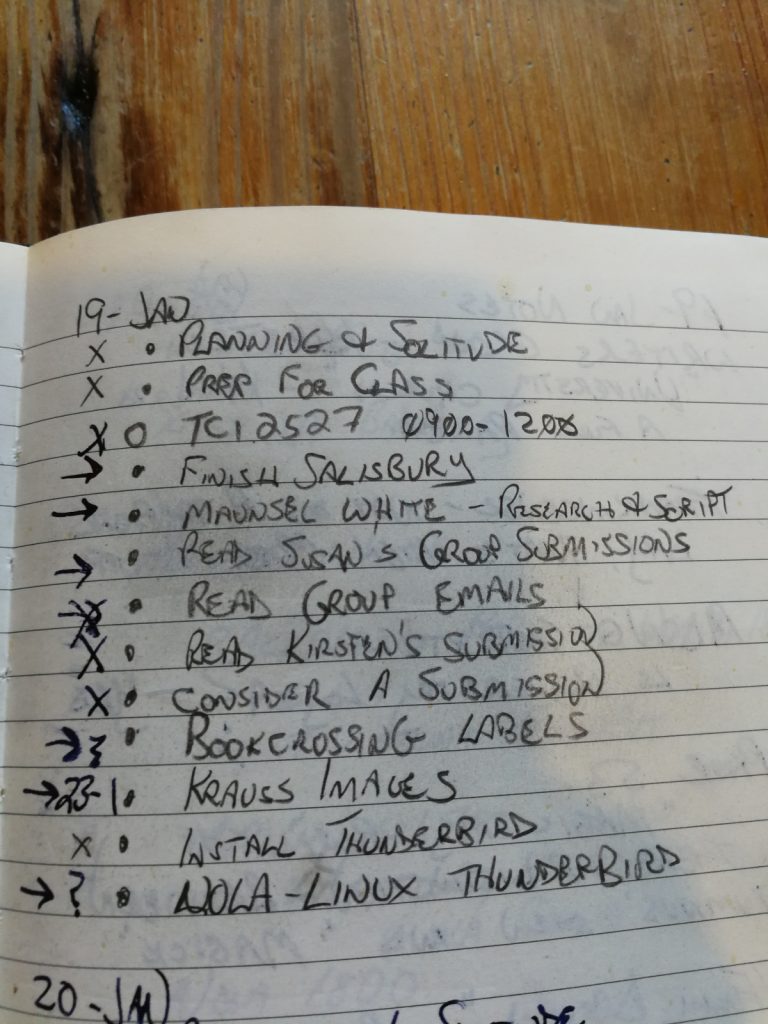 The concept of keeping a “Bullet Journal” was all the rage this time last year. As my friends began to take up the style, I thought I’d give it a try. I’d been back-and-forth with paper versus electronic task lists for a couple of years. New apps, new systems come and go. I needed something I could stick with.

The key aspect of the Bullet Journal – often shortened to BuJo – is that it’s forgiving. The BuJo starts blank. You can set it up this week in one style, shifting to another next week.

This was an opportunity. I like the Franklin-Covey system for task management. A-B-C, 1-2-3 worked for me. The world changed since I started that system around 1989. BuJo brought me back to it.

I now set up a two-page weekly layout, with a monthly calendar, sections for Monday though Sunday, next to the calendar. Then I have general task topics, such as Writing, Blogging, Podcasts, Personal, etc. Each day, I take tasks from the weekly layout, move them into a daily list, then prioritize that. Notes about the day go below that, onto multiple pages, if necessary. 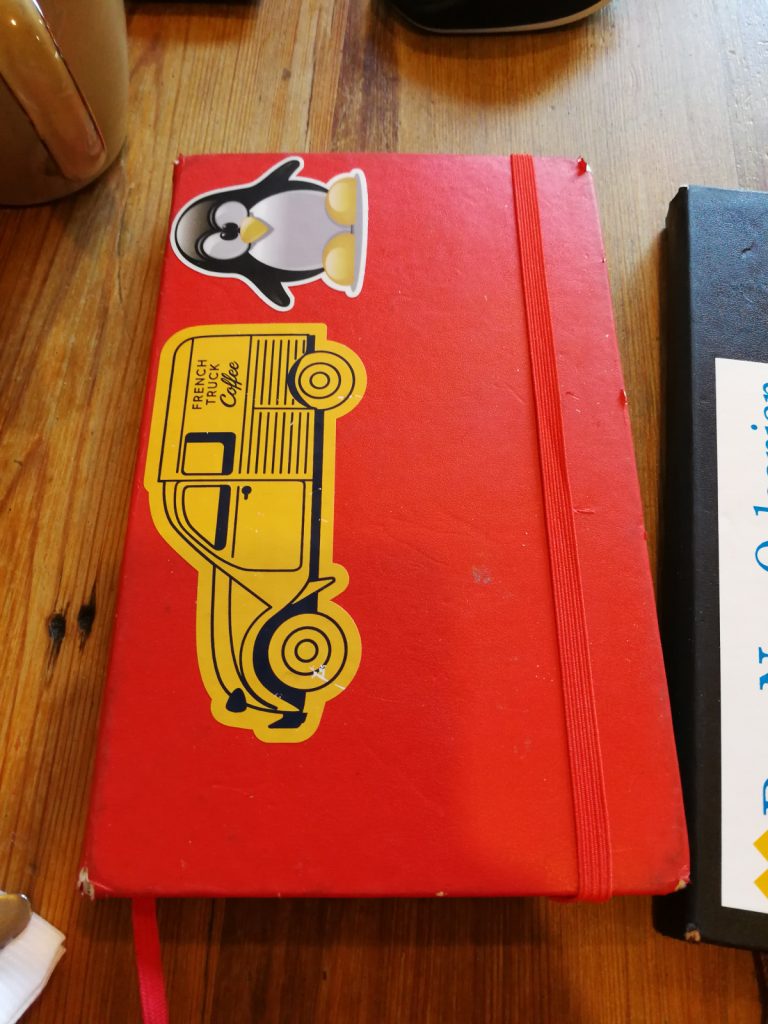 Bullet Journal year one started with me adding writing notes as part of the daily BuJo pages. I’ve decided to change that up. I’ll finish Trusted Talents (the second novel in the Bayou Talents series) in the day-to-day BuJo. The third Dragons novel, Dragon’s Defiance, now has its own notebook. Well, it’s the start of a “dragons” Moleskine. Third Talents will go that way as well. Other writing projects will start in the regular BuJo.

Will three notebooks be a problem? probably not. If something comes to me for one of the two main universes, I can note it in the daily notebook and transcribe to the project notebook. 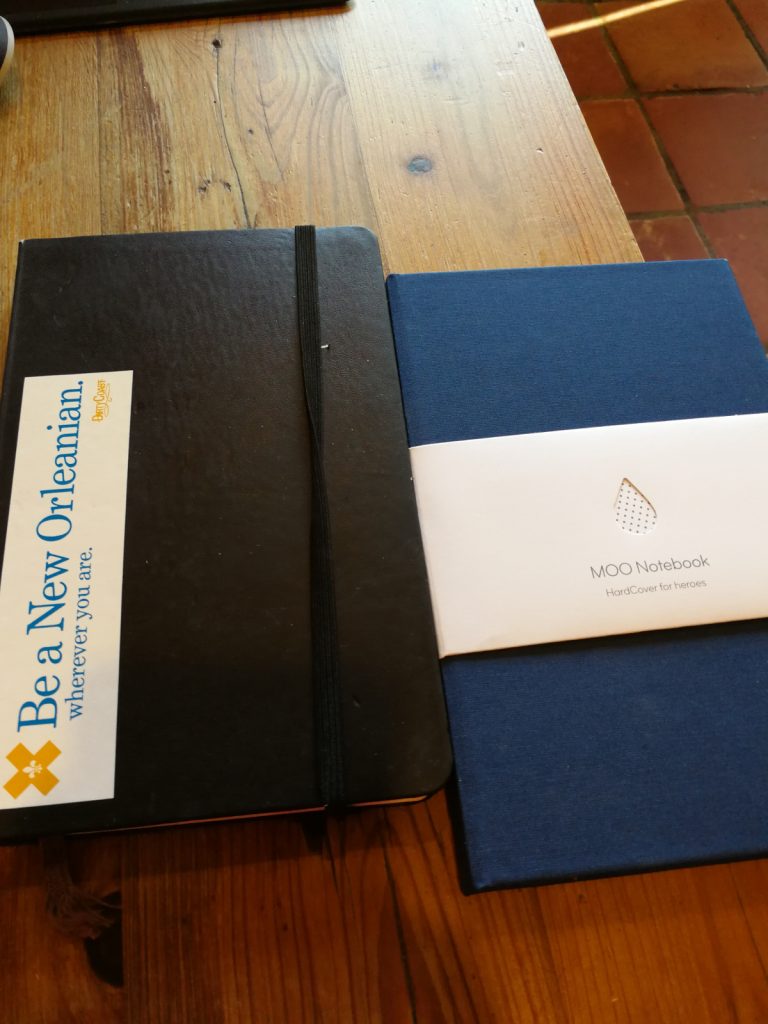 I decided to buy new Moo cards for NOLA History Guy just after New Year’s. When I placed the order, the company offered me their “Moo Notebook” for a discount. I grabbed it this morning and declared it to be the continuation of the BuJo for 2018! 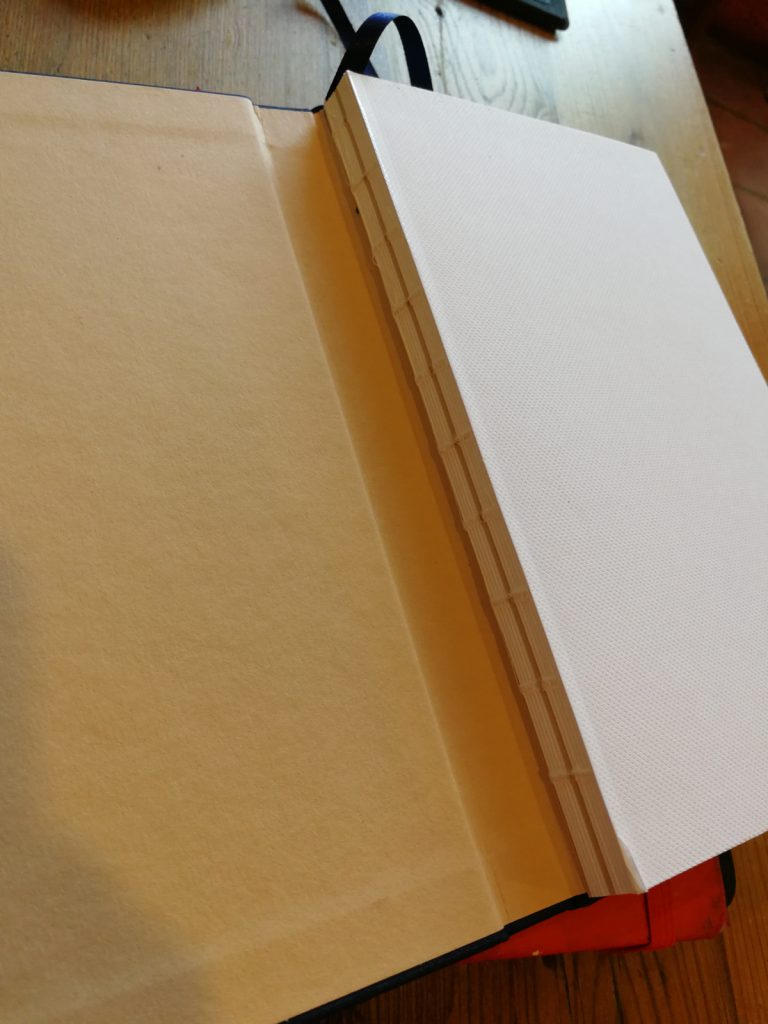 The Moo notebook has an interesting binding, making it easier to lay flat.

The “Rural Electification” of the 21st Century

Conservative pundits and villagers like George Will are, by and large, idiots. Will made a comment years ago, where he said the one thing the federal government did right was Rural Electrification. Bringing electricity into areas outside America’s cities was an infrastructure task only an institution the size of the federal government could handle. Even a “small government” advocate like Will had to concede this.

The Internet is the next big “rural electrification” project. We’ve had two generations of “big government is bad”, however, so, for now, bringing the Internet to folks living outside urban areas won’t be a big-push, big-government concept. Fortunately, there are always folks who step up with ideas:

Near the shore of the murky Salton Sea in this southern California desert, a bus drives up to West Shores High School each day with a critical connection: A Wi-Fi router mounted behind an interior mirror, providing Internet access for students whose homes aren’t wired.

For openers, the notion of mobile Wi-Fi in a school bus is a brilliant idea. It’s been standard procedure on public transit buses in numerous cities for decades now. Put webcams in the bus and transmit the stream back to an ops center via wireless telco. This helps keep incidents and crimes on buses down dramatically. It does the same thing on school buses, where sorting out a fight or other incident involves a lot of he-said/he-said.

So, what to do with those buses when the school day is done? A lot of wireless telco contracts are priced on 24/7 service. If you put all those school buses in the district’s central parking lot, you have a lot of wasted bandwidth. So, put them in places where the average household doesn’t have Internet access. Those homes can use the