We had a great discussion about Essence Festival last year, how restaurants don’t do well during Essence, which is held annually over the Fourth of July weekend here in New Orleans. While I have no doubt that there are restaurants downtown and in Da Quarters that don’t want to serve a house full of black folks, there’s a lot more to the story than that.

This year, WalkOn’s is in the crosshairs. The pub, located on Poydras and S. Rampart, closed over the weekend, citing the need to do renovations. This caused a major social media backlash, prompting a lot of tweets using the hashtag #closedforessence. Brett Anderson’s article for Da Paper cites one commenter:

“I just put two and two together to decide that there was a racially motivated reason for their closing,” Devin Balance-Montrel said of Walk-On’s, which he called “racist” on Twitter. The 24-year-old African-American explained that he used to work in the French Quarter, at Montrel’s Bistro, a restaurant owned by family members that closed in 2013. “When other restaurants around us would close during Essence, they’d call it a ‘black out.’ They’d close because they didn’t want to deal with black customers.”

Mister Balance-Montrel would be dead wrong here. There a very important reason restaurants downtown close down for Essence weekend: Essence Fest goers don’t go out to eat in those restaurants when they come to town. For that matter, doesn’t

Think about this for a moment. Essence is about the music. Yes, there’s Rev Al and others at the workshops and panel discussions, but that’s not why folks come to down over the Fourth. They come for the music. They come for the music. And the music is in Da Dome. It’s not at Walk-On’s. It’s not at One Eyed Jacks. It’s in Da Dome. Rembert Browne’s 2012 article for the late-great Grantland is still the best review/description of Essence:

There were many acts at Essence, from the nostalgic (Dru Hill, Eve, Carl Thomas) to the rising stars (Melanie Fiona, Robert Glasper, Gary Clark Jr.). These acts, however, were held not on the main stage but in smaller venues within the Superdome. On that main stage each night were a series of acts with large followings, but they all concluded with two monster acts that could go toe-to-toe with any festival’s headliners.

So, you wake up in your hotel room after a great experience in Da Dome the night before. You were in there until after 1am. You had to get back to your hotel, so assuming you didn’t hit a 24-hour place when you left, you didn’t get in bed until between 2am and 3am. It’s a safe assumption you weren’t at Ruby Slipper or Clover Grill at 8am.

Once you’re up and showered, it’s likely lunch time. You’ve got a couple of options, go explore some of New Orleans. A number of places recognize that Essence Festival folks are out and about in the afternoon, as Anderson notes:

Napoleon House routinely closed over the Fourth of July weekend dating back to the 1970s, although new owner Ralph Brennan changed the practice after he purchased the historic bar and restaurant last year.

So, there’s a crowd for lunch. Or is there? A lot of people hit the Ernest N. Morial Convention Center, which is the hub of activity for the workshops, discussions, presentations, and general fan-fest-style activity during the day. If you opt for the Convention Center, you’re sucked into and controlled by Essence Festival. That’s not 450K fest-goers being shunned by restaurants who don’t want to serve black poeple, that’s black people simply not going out to eat.

Essence Festival is about Fashion!

The first acts every evening for Essence begin around 7pm. The lights don’t come on in Da Dome until after 1am, after those “monster acts” wrap. Essence-goers get to the dome between 5pm and somewhere during the first act. Now, consider your routine for going to a concert. Rembert got busted fashion-wise in 2012:

Paranoid motherly digressions and self-conscious age admissions aside, it was a joy being a part of this crowd. Even though I got a few strange looks the first day because I wore a tank top and shorts (Coachella attire) to the Superdome, once I had proven myself worthy by knowing words to songs I shouldn’t know the words to, I felt as if I had been pardoned and was allowed to stay with the party people.

It takes time to get ready

Now it’s 3pm-4pm, and your wife is telling you it’s time to get back to the hotel. Fashion takes time. Essence tends to be an older crowd, and everyone’s on vacation, so nobody’s running back to the hotel. Now it’s 5pm or so. The restaurants would be starting happy hour or early-bird specials. Is anyone there? Nope. The Fashion Gods must be appeased.

Now it’s 6:30pm-7:30pm. The first acts are on stage as folks stream into Da Dome. Does anyone have a 7pm dinner reservation? Not. A. Chance. We’re talking about a concert in Da Dome here, one with a packed house. You can’t just show up at 10pm and expect to actually see. Experienced Essence-goers know this and plan accordingly. Do those plans include pre-gaming at Walk-On’s? Doubtful.

The bottom line on Essence Festival is simple: everyone needs to settle down their knee-jerk reactions and realize how a big evening event works. They just don’t include dinner at a restaurant. 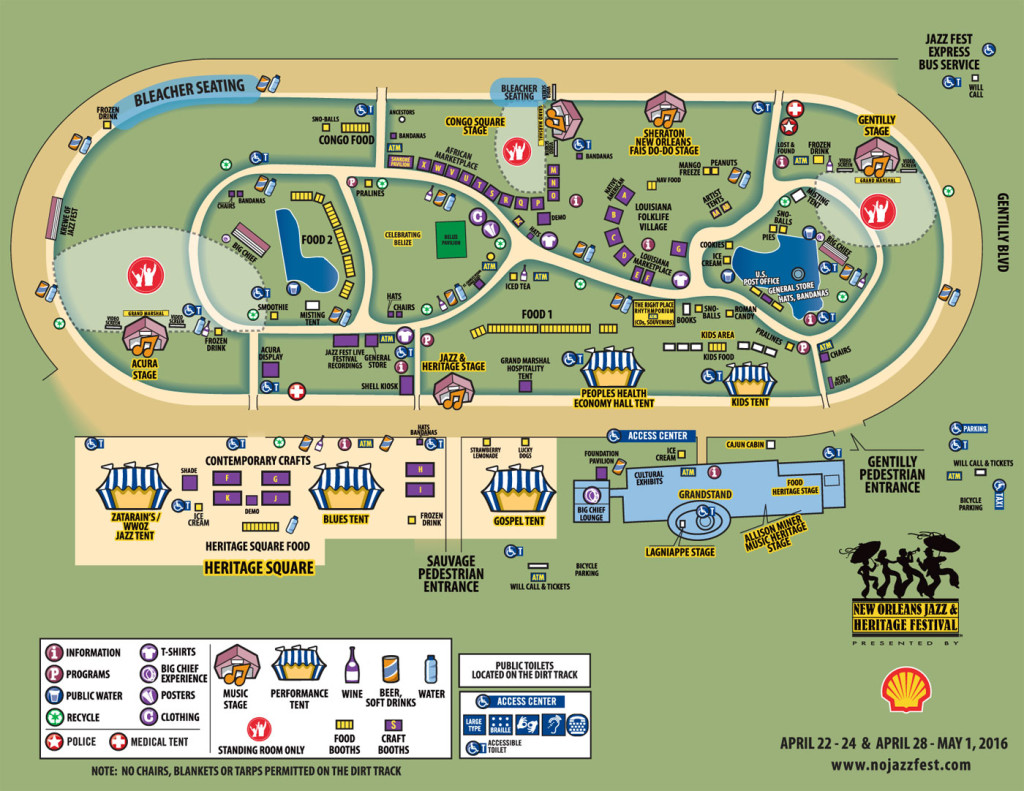