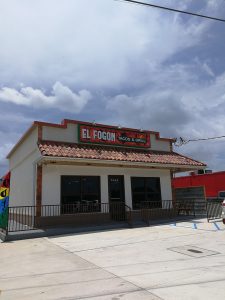 Two items today for Red Beans and Rice Monday. First, we discuss El Fogon, the Mexican restaurant in Metairie that took over the old Taco Location. Then, we talk local whiskey. 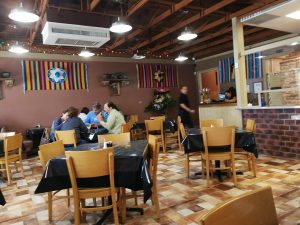 I must admit, I mourned the loss of the Taco Tico on Vets more than I should have. That wonderfully greasy fast food is part of my formative years! Iooked like the place would be demolished to make way for yet another nameless, faceless, chain place that could afford 2019 rent on Vets. I loved it when it became clear the building was merely undergoing a renovation. When El Fogon opened, Mexican food near Clearview in #themetrys went up more than a notch or two. 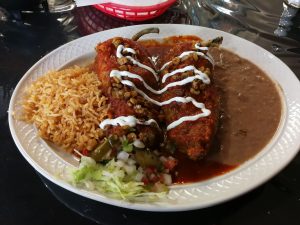 On my first trip, I had the Chile Relleno, “Sierra” style, with chicken and cheese. Good plate! 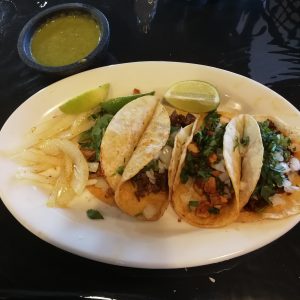 El Fogon offered me “Taco Tuesday” for my next visit. So, four tacos for $5. Absolutely wonderful! 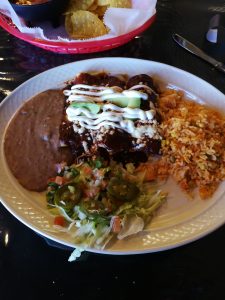 I chose the enchiladas the next trip, and they rocked. While there are other places with Mexican and Tex-Mex in the city that are good, El Fogon is close, tasty, and, well, Tacos! 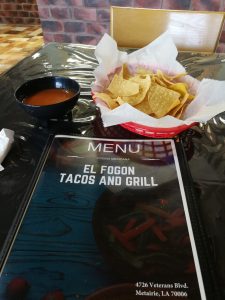 Since El Fogon doesn’t appear to have a liquor license, I usually order a Coke. As much as to-go orders from a good restaurant give me mixed feelings, I need to order takeaway and have a beer at home. 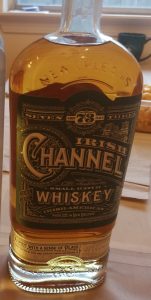 Irish Channel Whiskey from 73 Distillers in the Treme

I saw “Irish Channel Whiskey” on a visit to 504 Craft Beer Reserve last Thanksgiving. I was DD for the boys, as LT Firstborn was home for Thanksgiving. As they picked out obscure beers to buy, I shopped. I came across “Irish Channel Whiskey” from 73 Distillers on the shelf. Made a mental note to try it. When we finished a bottle of (I think) Red Breast, we sought out the 73 Distillers Irish. Took a while to come across it again. It appeared at Martin Wine Cellar in Metairie a couple of weeks ago. So, we bought a bottle and were very pleased.

73 Distillers makes their whiskey in the Treme, at Bienville and N. Claiborne. They offer tours of the place. The owners fully leverage their location in one of New Orleans oldest neighborhoods. We’ll take the tour at some point this summer.